SAILING SINCE 1929 AND COUNTING…

Designed by Eldredge McInnis, Boston (USA) for the Canadian Senator William Fraser in 1928 and built in 1929 by Ditchburn Boats in their shipyard at Gravenhurst, Ontario, FAIR LADY was originally named PORTIA and called Lake Ontario her home. She is now registered in Ireland and is a member of the Royal Cork Yacht Club’ fleet. 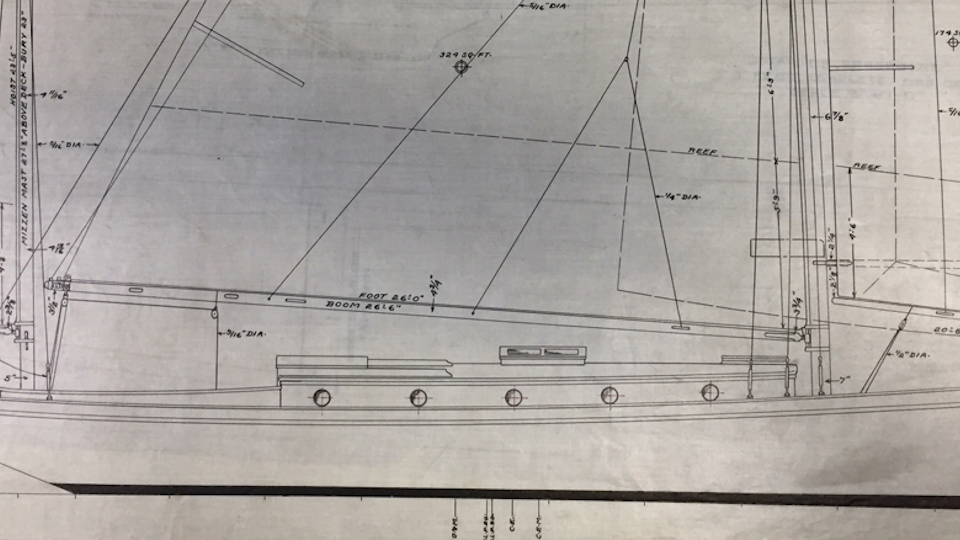 William Fraser was born in Trenton, Ontario where he served as mayor in the 1920s. He represented the riding of Northumberland in Parliament with the Liberal party from 1930 through 1945. He served as Chief Whip in the Mackenzie King government.

He was later appointed to the Senate, where he remained until his death in 1962. Senator Fraser pursued a variety of business interests including the Trenton Cooperage Mills, a major cold storage business, fruit-growing and processing, regional newspapers, movie theaters, and a bridge-building company that later helped manufacture corvettes for the Royal Canadian Navy during World War II.
Senator Fraser then entrusted Ditchburn Boats to build PORTIA II in their shipyard at Gravenhurst, Ontario, and she was launched in 1929. 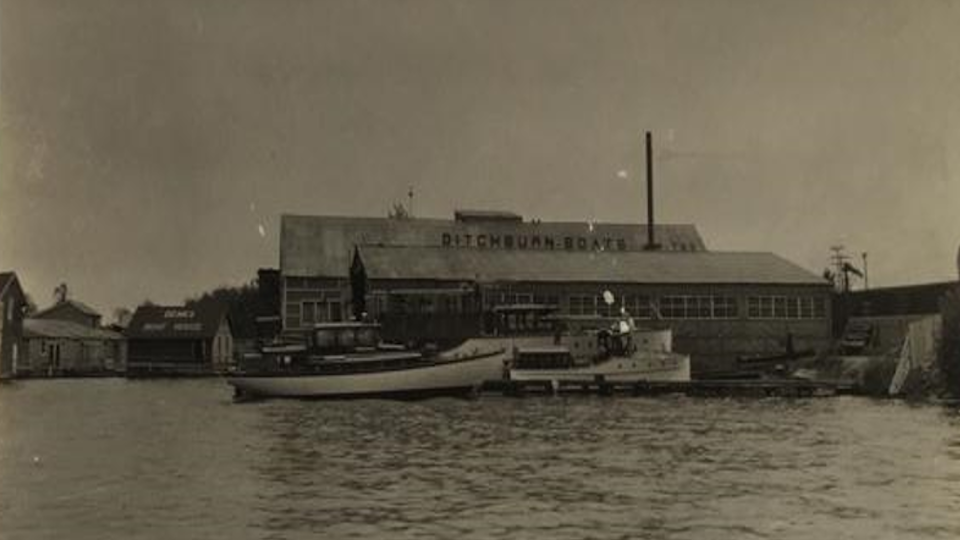 When Portia was nearing completion in 1929, the great depression hit and Ditchburn Boats was in financial troubles, to the extent that Senator Fraser had to pay the boatbuilders to finish her off.

During her maiden voyage motoring down the Trent Severn canal on the way to Lake Ontario, she collided with a lock wall and suffered some damage to her toe rail and cap. After this bumpy beginning, she enjoyed peaceful years of sailing on Lake Ontario.

It is reported that towards the end of his life, Senator Fraser apparently asked Mr Eben James ll, who was his nephew and had been very close to him – he was also friends with FAIR LADY’s builder Herb Ditchburn – to take her out into Lake Ontario and scuttle her after his death. Fortunately, the scuttling never happened!

Senator Fraser died in 1962 and PORTIA II’s ownership was changed to wife Bonnie. Portia’s name was changed to ‘Bon Fra’.
Portia II was once stolen and on another occasion, she was found beached with a rather dead helmsman alone at the wheel! 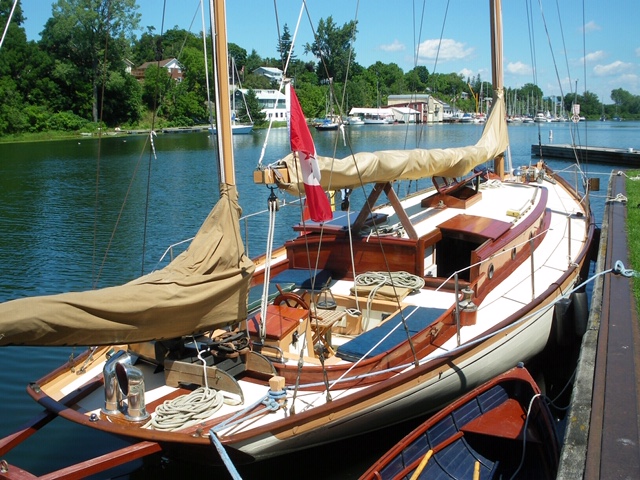 Shortly after the death of Senator Fraser in 1962, Bonnie Fraser whom had inherited the vessel and renamed her BON FRA sold her to John Raymond McCulloch of Kingston, Ontario. John, a prominent Kingston businessman, was a member of the family that owned the farm property along the shores of Lake Ontario which was developed then known as Elmwood between Bath and Kingston

The family later moved to Bath near Loyalist Cove where Portia was moored. John’s son Jim who currently operates McCulloch Metals in Kingston recalls sailing as a youth on Portia

In 1987, the McCulloch’s sold the vessel to a gentleman named Mr. Pepper whom had full intentions of restoring Portia II back to her original glory. Mr Pepper renamed the boat GENEVA. However, the boat languished in his yard outside Bath, a few kilometers east of Loyalist Cove Marina.

In a state of disrepair, much like Joshua Slocum’s Spray, she was discovered and purchased in 2003 by Shipwright Nick Hughes who began to undertake the restoration of the vessel. 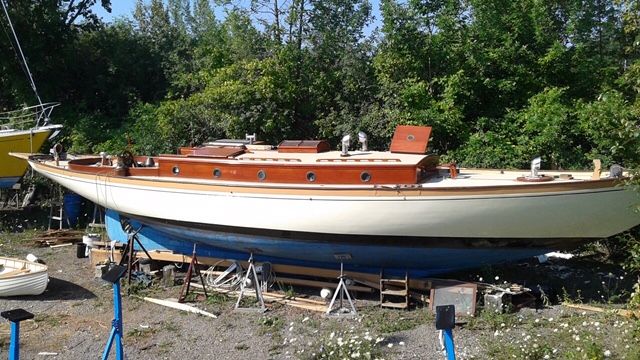 Nick Hughes purchased Portia in 2003. She has been stored in a barn near Coburg for the previous 16 years where a restoration attempt had stalled.

Between 2004 and 2007 Nick Hughes restored Portia II to cruising condition in a boatyard in Merrickville while working as a shipwright. She was back again on the waters between 2007 and 2015.

However, during Summer 2015, Portia II was moved to a barn in Iroquois, during such time the trunk cabin sides were replaced. She remained ashore there until 2019′ Summer when she changed hands again and her current Irish owner began a full recommissioning, from keel to decks, at Loyalist Cove Marina. 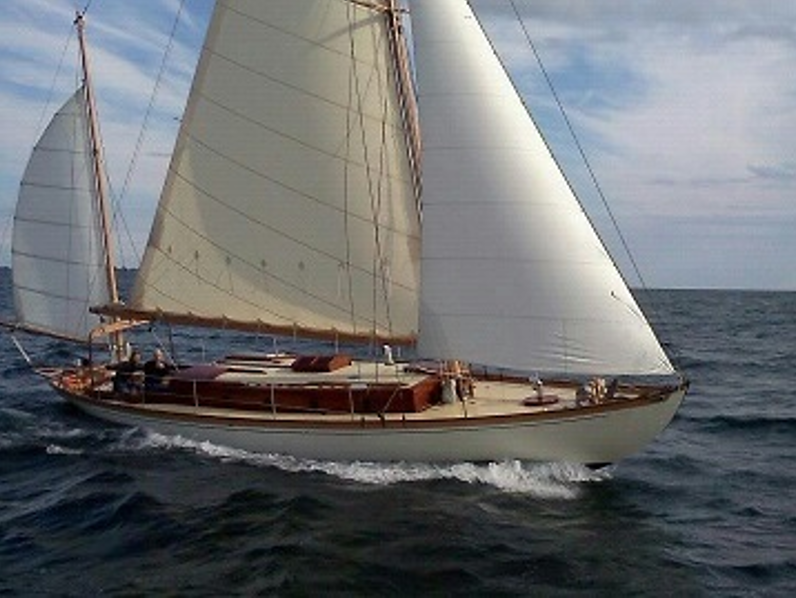 PORTIA II was purchased in July 2019 and the new owner launched a complete restoration program to lend her a new lease of life. Deeply committed to preserving maritime history and classic sailing legacy, no time nor expenses were spared in order to recommission this piece of yachting heritage.

Renamed FAIR LADY and registered in Ireland, she was relaunched in March 2020 and has since been sailing on the Seven Seas. FAIR LADY’ owner is a member of the Royal Cork Yacht Club and has been taking part in various regattas, both in Ireland and overseas.

A special thanks must be given to Peter Milley, Esq., from Privateer Yacht Sales, whom provided a very helpful and friendly assistance in monitoring the restoration on-site while the Irish owner was away, as well to the expertise and craftsmanship of the team at Loyalist Cove Marina, and to Gill Bibby, Esq., for his precious support in researching FAIR LADY’s history.